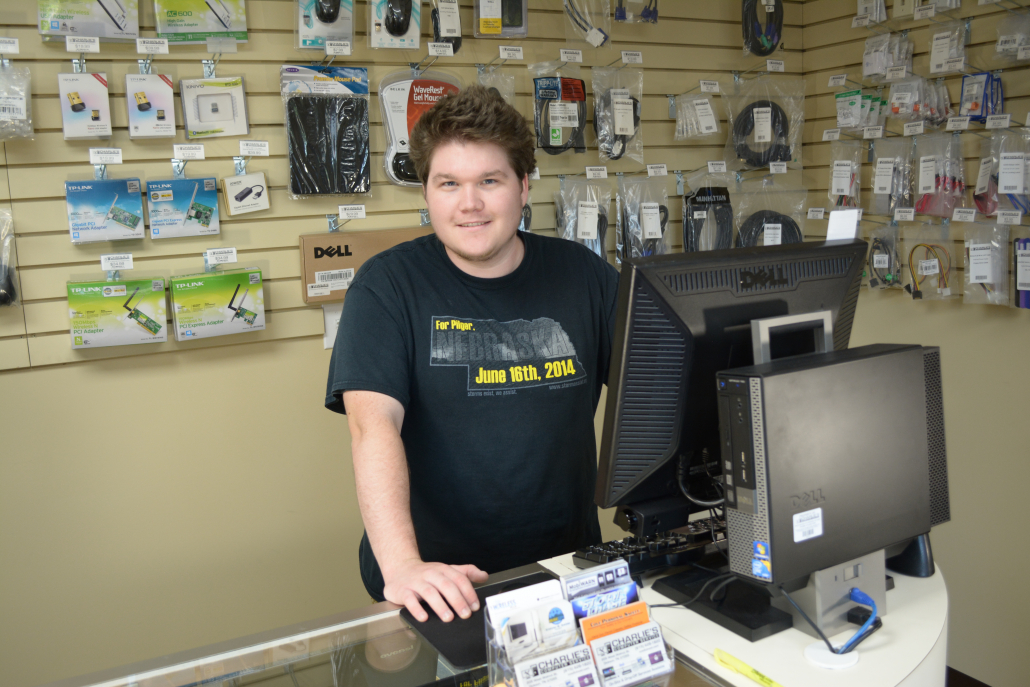 Charlie has been a tech head since he was a little kid. He got his first computer in 1999 at 5 years old – a Gateway Essential desktop running Windows 98. He instantly fell in love. Instead of always playing games like most kids at that age did, he would get bored of them and lurk around the inner workings of the machine.

He started working on his friends’ and family’s computers on the side during high school. He went to Nashville State Community College for two years majoring in Electrical Engineering but felt that it wasn’t the right path for him.

Like a true entrepreneur – armed with his vast self-taught knowledge over the years, a garage and $500 to his name, he took a huge risk for a 19-year-old in 2013 and started his own business repairing computers. That’s when Charlie’s Computer Service was established. With over 700+ happy clients and a retail location in Downtown Dickson, he’s come a long way since the days in the garage.

Charlie enjoys playing the bass guitar, shooting video segments on YouTube, storm chasing and keeping his aim spot-on at the range in his spare time.